Tesla staged one of their Roadshows at a Destination Charger location at the Oak Bay Beach Hotel here in Victoria, British Columbia, Canada. It was a beautiful day, and there were lots of people looking at the three Model X and Model S demonstrators Vancouver Tesla brought over for the occasion. The test drive roster was full for Sunday, but there are still some available for Monday before the event is wrapped up.

At the Roadshow event inside, it was announced that Vancouver Island will soon have a Tesla Supercharger located just north of Nanaimo on the Central Island. This is great news for Tesla owners, since Long Beach on the west coast of the Island, Mount Washington ski resort, and the Northern Island communities will now be within easy reach from residents living on the Southern Island, as well as visitors to Vancouver Island arriving by BC Ferries through the two ferry terminals near Nanaimo.

Thanks go to the Tesla Vancouver staff who coordinated this event. It’s always great to connect with you!

Rolf, Silke and friends met at Mile Zero in Victoria, British Columbia on June 11th to give a suitable send-0ff to our favourite Tesla owners as they start their venture across Canada in their Tesla Model X electric vehicle towing a Safari trailer. Their dog Kye is along for the inevitable adventures they will encounter as they drive across this great country of ours in the summer months.

Their route will take them through many of the provinces of Canada: their home province of British Columbia, Alberta, Saskatchewan, Manitoba, Ontario, Quebec, and the Maritime provinces. The major milestone has to be the “other” Mile Zero in Newfoundland! 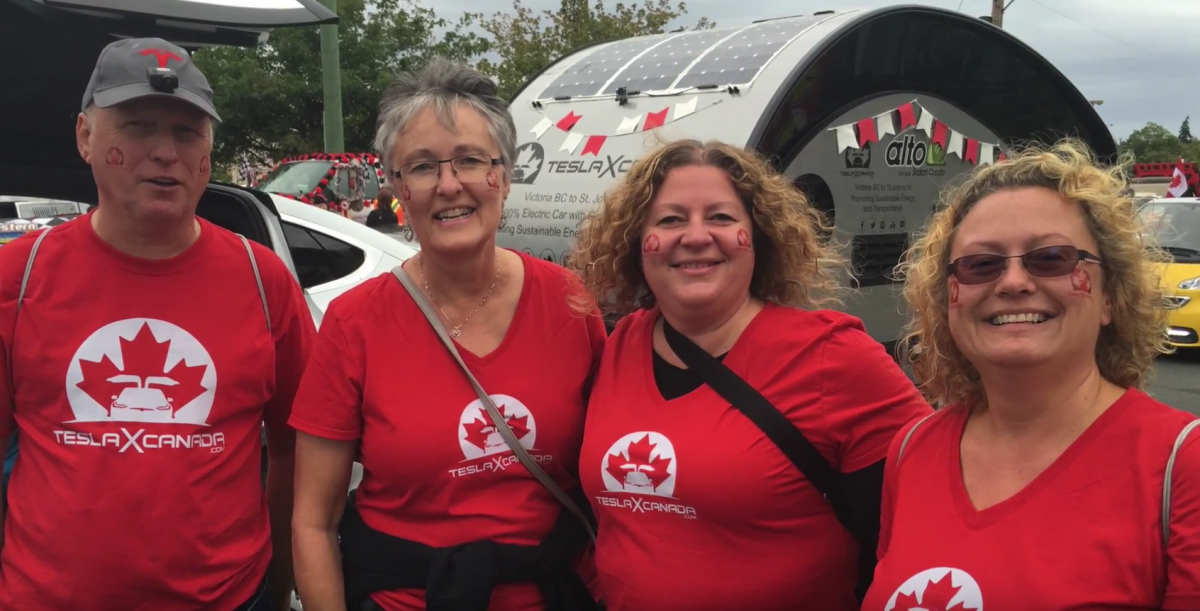 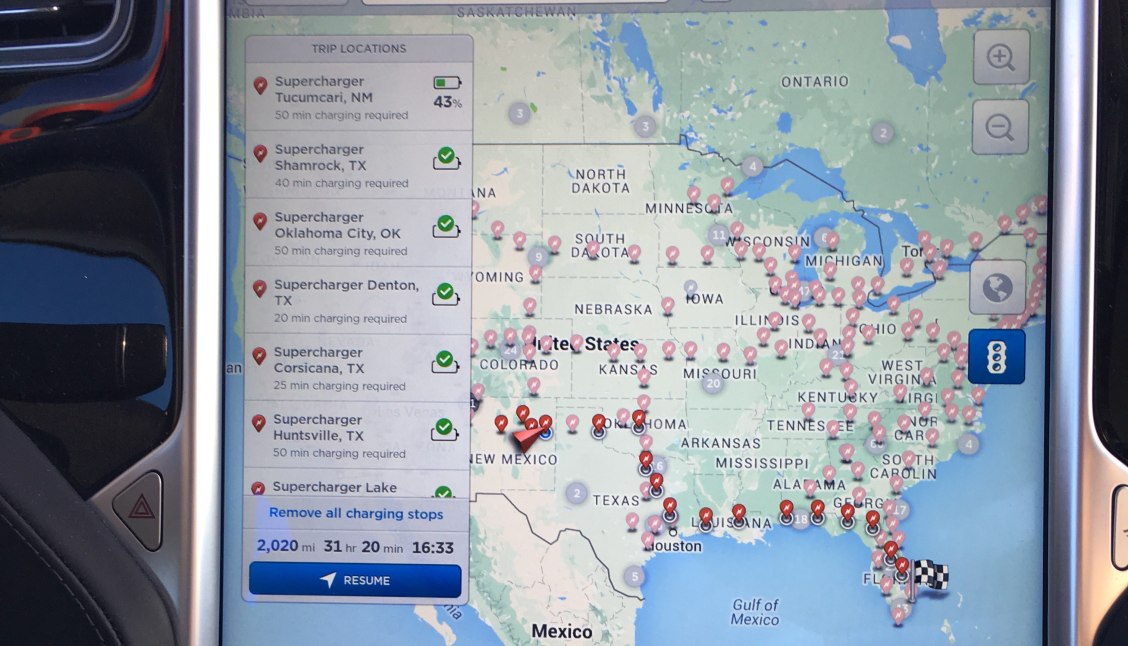 They have returned home to Victoria, but they are already planning their next road trip, and it will be a “first”. Check out their TeslaXCanada for details! You can help them spread the word via Facebook, Twitter, YouTube and Instagram and be sure to check out all the great videos and photos covering over 24,000kms!

Vancouver Island Tesla owners have been a well-kept secret until now. Joe Carr, one of our Tesla owners in Victoria recently had the good fortune to acquire the domain name TeslaOwners.org and has decided to use this easy-to-remember URL to help Islanders raise the profile of Tesla vehicles and their owners.

Joe has hosted our email list for awhile now, but it is mainly used to coordinate local events among members, so that problem of being invisible remains. By having our own website, Tesla vehicle owners on Vancouver Island and the Gulf Islands now have an online resource to point to.

So, watch our website at vi.teslaowners.org grow into a dynamic resource for owners and our friends!